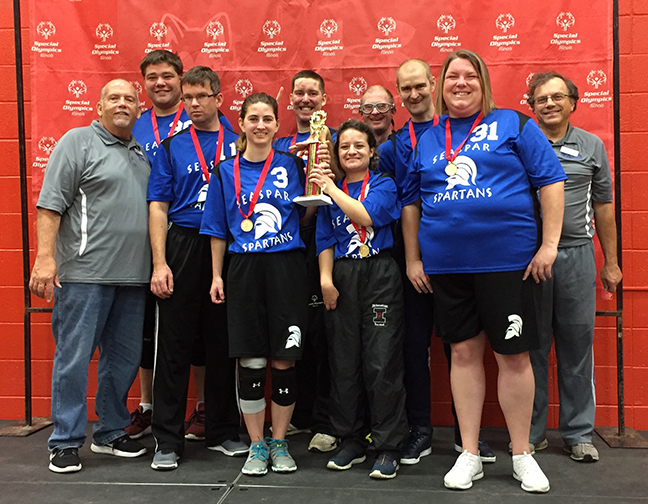 Both teams qualified for the Fall Games by winning matches at the Regional Qualifier in La Grange on September 23. This was the White Team’s third straight year qualifying for the State competition. Join us in congratulating all of our Volleyball athletes on a great season!

Both teams also competed in the Illinois Park and Recreation Association’s Illinois Therapeutic Recreation Section Volleyball Tournament hosted by SEASPAR on October 7 at the Park District of La Grange. The tournament hosted 14 teams from special recreation associations and park districts across northern Illinois. Athletes from Serve City Volleyball of Wheaton volunteered for the event. View photos from the tournament on Flickr, or browse the album below! 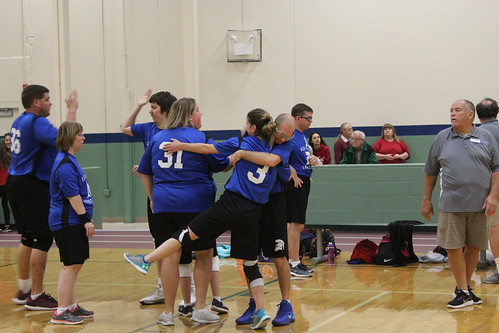