The Special Olympics Outdoor Sports Festival is one of nine state sports competitions, and the final competition for those participating in softball, tee-ball, and golf. Over 600 athletes competed at the event at the Rotary Park and Hickory Point Golf Course in Decatur. 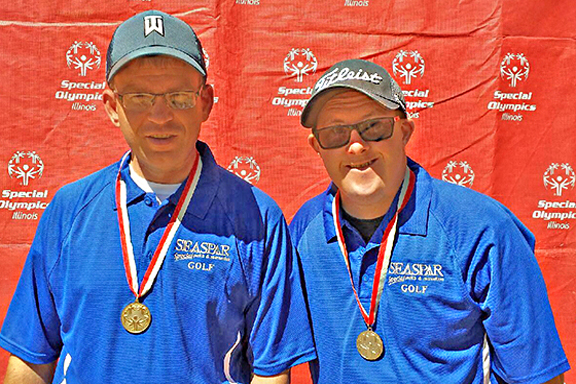 Jeff Osowski and Michele Forzley have competed in the Outdoor Sports Festival the last three years and finished in the top three of their divisions each year. Osowski and Kevin Mikan are consistently in the top ten of male Special Olympics golfers in Illinois and had the second and third best overall performances of the nine-hole golfers in this competition. In 2014, Osowski represented Team Illinois at the USA Games in New Jersey in nine-hole golf, finishing third in the country.

Sam Smetko was chosen to be a torch bearer at the Outdoor Sports Festival’s opening ceremonies.