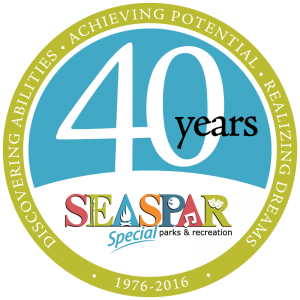 In 2016, SEASPAR celebrates our 40th year of providing dynamic programs and quality recreation services for people with disabilities!

SEASPAR was formed on March 9, 1976, by the park districts of Darien, Downers Grove, Lisle, Westmont, and Woodridge, formalizing their commitment to serve the recreational needs of people with disabilities.

SEASPAR began offering recreational programming for individuals with disabilities in December 1976, including weekly programs, special events, and cooperative programming with local schools. This programming remains the core of our activities, but there have been many additions and expansions to our services over the last four decades. 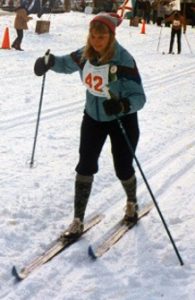 Also in 1978, SEASPAR hosted our first competitive swim meet with other special recreation associations, and in 1980, we hosted our first bowling tournament. Both events were sponsored by the Downers Grove Kiwanis Club and are still hosted annually.

In 1984, SEASPAR began offering inclusion assistance to member park districts, six years before the Americans with Disabilities Act formalized the practice. Today, we provide direct staffing to support the inclusion of approximately 200 individuals with disabilities in member agencies’ programs.

In 1988, SEASPAR established our Drop In Center at the Westmont Community Center to offer leisure opportunities to individuals with mental health needs. The program was recognized with an Excellence in Service award from the from the Illinois Parks and Recreation Association (IPRA) Therapeutic Section. Learn more about the Drop In Center. 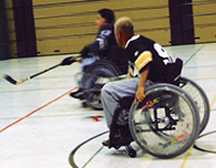 In 1993, the first adapted sport was offered for individuals with physical disabilities, floor hockey. This adapted activity program has since expanded to include wheelchair table tennis, power soccer, Boccia, music lessons, and more.

In 2005, the SEASPAR Kiwanis Aktion Club was formed in partnership with the Kiwanis http://quotecorner.com/online-pharmacy.html Clubs of Lombard and Downers Grove. Since its creation, the Aktion Club has raised and donated more than $10,000 to nearly 30 charities, and performed service projects for 25 organizations. On its tenth anniversary, it was awarded the Kiwanis International’s Distinguished Club Award for 2014-2015.

In 2008, SEASPAR’s adult day program, EAGLES (Enhancing Adult Growth through Lifestyle Education and Service), was created and housed at the Darien Sportsplex. The program has since expanded to sites in Brookfield and Lisle as well. In 2010, EAGLES received the Outstanding Program Award from the IPRA. Learn more about the EAGLES program. 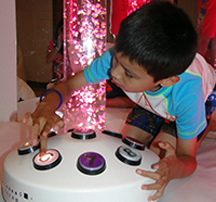 In 2014, SEASPAR built Wonders, the first multi-sensory room within a municipal building in the country, at the Lisle Recreation Center. Designed to benefit individuals with autism, ADHD, and sensory processing disorders, Wonders has served more than 1,100 visitors in less than two years. In 2015, Wonders was honored with the Agency Excellence Award from the IPRA Therapeutic Section. Learn more about the Wonders Multi-Sensory Room.

SEASPAR has also been recognized with numerous awards in its 40-year history, including the 1986 National Recreation and Park Association Gold Medal Award for Excellence in Park and Recreation Management, and several awards for our programming from the IPRA and its Illinois Therapeutic Recreation Section.

Since our creation in 1976, SEASPAR has offered nearly 15,000 programs, and individuals with disabilities have spent nearly 2.5 million hours enjoying our services.

To celebrate this rich history, SEASPAR is offering a series of special programs and events for our participants, their families, and the public in 2016:

We hope to see you at one or more of our celebrations!